Slow Down(and breathe) For The Holidays 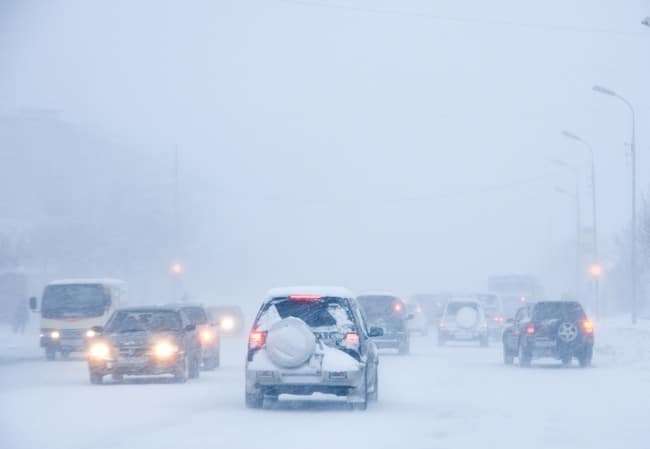 One of the hardest things to do when you’re in a rush during the holiday season is to slow down and be a courteous driver. You’re only halfway through your shopping; the next stop is clear across town and closes within the hour. You dodge carts and wayward children in parking lots to pull out onto the main road, and… you’re stuck in bumper-to-bumper traffic because of a fender-bender half a mile up the road.

Add to that the ever-changing guest list for your office party, that you’re hosting at home, when you realize you’ve forgotten to get the extra guest linens. You’re still fuming as you pull out of the driveway, only to find yourself behind a driver who doesn’t seem to realize the speed limit is 40mph: nearly twice as fast as he’s driving.
Rather than leaning on your horn or switching lanes three times in 10 minutes, it’s best to remember that everyone else is likely just as frustrated as you are. In addition to taking a good, deep breath, remember that you’re all in this harried season together.

When all else fails, give ‘em the benefit of the doubt!

Give slow, tailgating, or cell phone-using drivers the benefit of the doubt because the simple fact is that most drivers–even the ones who make mistakes–are very good drivers, or they wouldn’t be on the road. The mistakes you notice are probably magnified by your harried and stressed state of mind; it’s best not to take them personally or react aggressively.

If there is an accident-causing traffic jam, consider the people involved. Barring poor weather and other factors, accidents are also caused when drivers make a slip in judgment often caused by their emotional or physical state at the moment. You can bet those drivers regret their decisions to switch lanes so suddenly or to get out on the road while tired. Refrain from letting your own frustration take over your driving decisions.

Keep your head clear of scheduling constraints and relationship stress to avoid letting “road rage” take over your driving decisions. A good reason for holding back? When you’re angry while driving, your driving decisions are more aggressive–and more dangerous–than normal. If you’re involved in an accident because of a lack of due diligence and common sense in driving, you’re more likely to be sued. And your insurance is less likely to fully cover accident claims that show a lack of safe decision-making on your part.

So if you notice another driver demonstrating frustration by displaying aggressive driving, don’t counter it with aggressiveness of your own. Instead, engage defensive driving techniques and avoid the hotheads. You’ll find it really is the quickest way to get where you’re going safely.

Don’t forget: you can always contact our insurance agents to get more information about safe driving habits and how to avoid road rage.