5 Tips for Keeping Guests (and Hosts) Safe at Holiday Parties 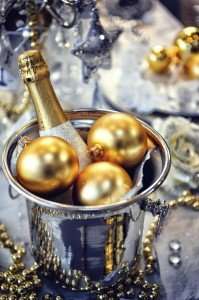 You’ve sent out all the invites, finalized the menu, completed the shopping, and spruced up your home. Guests are arriving and you’re ready to make sure everyone has a ball. But there’s more to being a good host than icebreakers and hors d’oeuvres. Holidays are some of the best times to get together with loved ones, but they’re also prone to be marred by injuries and accidents. Even if you have an eye for safety, the best host in the world can’t control the actions of guests.

Who is responsible if a guest of yours causes an injury or accident at your house? The guest of course, but in certain cases you may also be held liable in a court of law. If that doesn’t sound like your idea of a holiday to remember, you should know about “social host” laws.

Social host laws hold property owners responsible for accidents, injuries, and damages caused by guests as a direct result of their activities at your party. North Carolina joined the party in 1992, becoming the 11th state to institute these laws.

Most of the accidents and injuries during holiday parties are caused by the consumption of too much alcohol. If there is an accident, injury, or property damage caused by a guest of yours and you’re implicated, homeowner’s insurance will often cover your claims. But you should be aware that claims can be denied if:

There are limits to liability in North Carolina. First, three things must be proven in court:

An important limitation is that a guest is not allowed to sue his host for any injuries sustained on the host’s property. Only third parties–such as neighbors whose property was damaged, or the other party injured in a drunk driving accident–are allowed to file claims.

As you familiarize yourself with social host laws and your homeowner coverage, keep in mind these five simple preventive measures to keep guests safe and property sound during holiday parties.

Feeling like a wet blanket was just put on your party? We know! It doesn’t have to be so daunting. Give us a call or contact us before your holiday party. We’re glad to help!